Here you can find the Members of Fairtrade East Grinstead  - who meet regularly. Look out for them out and about promoting Fairtrade.

I have been interested in Fairtrade since the mid-1990s; it just made sense to me - a way of helping others to have a fairer and more decent way of life.  I used to hold an annual Fairtrade morning with goods for sale in my house and then I started encouraging local supermarkets to stock Fairtrade goods.  I joined the local Fairtrade EG Group three years ago and was catapulted into being the Convenor as the previous person was having twins (thanks Ali)!

I support all the aims of Fairtrade but I suppose my dream would be for everyone to buy Fairtrade goods all the time!  It is becoming much better known and it is great to have the support of EG Town Council and local shops and retailers.  The greatest encouragement to me is the involvement of young people - all our local schools are involved and some have become Fairtrade schools.

I am the Fairtrade representative for St Mary’s Church and also the churchwarden.

I personally have supported Fairtrade for many years because I feel it is such good value for money.

The small amount extra that we pay for our tea coffee etc. enables farmers and smallholders to trade their way out of poverty, to provide health and education for their communities and as well clean water and sanitation. Many of the products are also grown organically and again this is something I strongly support.

As a church we now fully endorse the Fairtrade movement; all tea, coffee and wine served at social events is Fairtrade as is our communion wine and we have a regular monthly stall.

We have supported Fairtrade officially for the last 13 years or so. It was the display at Worth Abbey and talking to work colleagues that started our interest.

Fair payments to farmers and factory workers are most important, together with working conditions. The social premium is equally vital.

We hope in the future Fairtrade will not be needed if ALL organisations offered fair prices and work conditions, but this is unlikely to happen any time soon!

I got involved in Fairtrade at school a number of years ago when a group of students wanted to try and achieve Fairtrade school status for Imberhorne.  They did not manage to achieve this at the time, although, as Eco-Schools Coordinator, I kept the ball rolling.  The school’s current Eco-Committee and Fairtrade Steering Group have taken up the gauntlet and in the last few years we have become a very active Fairtrade school.

For me, the most important aspect of Fairtrade is allowing people to work their way out of poverty.  I remember organising a speaker from the Global Poverty Project to come in and work with our committee.  During the presentation, the speaker explained that people in poverty often have to make the decision between food and medical care when one of the children is sick – do they forfeit food for the other family members so they can pay for medical care for the sick child, or do they feed the family and hope that the child will recover on it’s own?  I’m sure that any of you who have your own children cannot imagine what it must be like to have to make this decision. But it doesn’t have to be like this – paying farmers a fair price for their goods and a premium to the community to further improve their lives, means that they will never have to make this decision.

We started off in Fairtrade with our contacts with some of the stakeholders of Fairtrade Foundation: Traidcraft, CAFOD and World Development.  When Fairtrade Towns began they saw an opportunity locally of working together.

Most important to us about Fairtrade is that small producers in the developing world have opportunity of working their way out of poverty: they are paid the cost of production and receive an additional premium, which is invested in what they choose: education, health care, farms.

We hope for the future that there will be higher public understanding of what Fairtrade means, not just simply recognition of the FAIRTRADE mark, and that sales of Fairtrade products will grow worldwide in support of the farmers and producers on whom we rely.

I'm Adrian Morris, the teacher with responsibility for Fairtrade issues at Sackville School. I started buying Fairtrade after attending a meeting at university, way back in 1998. From then on I have always tried to buy Fairtrade whenever possible. I was part of the "eco-group" at my previous job, with the charity 'The Ramblers', where we introduced Fairtrade tea, coffee, hot chocolate and sugar to the office and promoted it to the wider organisation. When I became a teacher I started to teach about Fairtrade as part of the curriculum, and I took up the responsibility for Fairtrade issues in the school. I believe that Fairtrade is important because it puts forward the fundamental view that everyone deserves to be paid a fair price for their labour and produce. This is the point that I find resonates most with the students. My hope for the future is that Fairtrade products will become the norm, with unethical products being forced out of the market by consumer pressure.

Val and I became Fairtraders when Val retired in 1997, and we have been busy since then.

Having spent 13 years in Indonesia and Malaysia and many African countries since, working on plantations and in agriculture, we had first hand knowledge of how the workers lived, and wanted to get them a better standard of living, with good basic facilities.

We offer Fairtrade goods at our own church, Trinity, and also at several other churches in the district on a regular basis, and are ready to visit events to make Fairtrade goods available and advertise the ethics of Fairtrade, to make it more widely known. 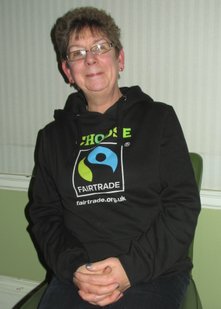 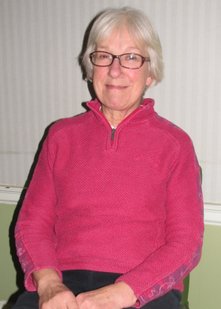 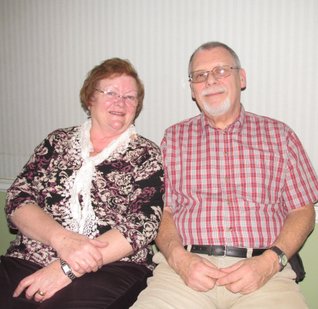 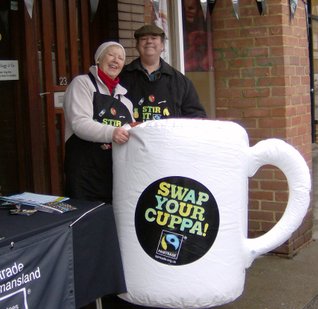 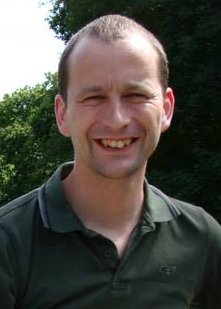 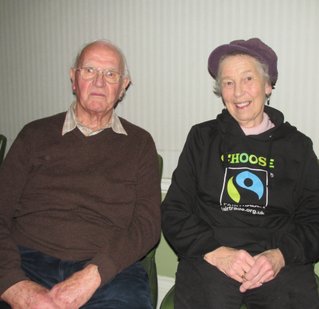