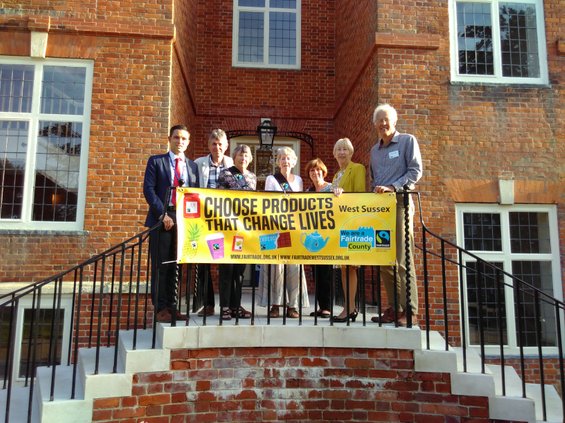 Fairtrade East Grinstead joined other city, town and village Fairtrade Groups to celebrate Fairtrade county status for West Sussex on Thursday 17 May in Chichester. A toast was proposed by the Leader of WSCC, Louise Goldsmith,  in the presence  of the Mayor of Chichester,  WSCC Councillors, and Fairtrade supporters. Fairtrade  Speakers at the AGM included John Figgins, WSCC Catering Services Manager and Amy Sim, General Manager, Chichester Cathedral.

Fairtrade Easter eggs were won by Isaac Dell and Sophie Cosens from St Peter's School, and Ewan Hall from Halsford Park School. Participants had to visit East Grinstead Library and eight shops in EG to find Teddies wearing a Fairtrade  logo and sporting a letter that formed the word "Fairtrade".

Fairtrade EG and EG and District Wine Circle held a very successful Fairtrade wine tasting evening at Meridian Hall on Tuesday 19 March.  Three Co-op wines were sampled and two from Sainsburys with information provided by Chris Vasey of Fairtrade Lingfield and Dormansland. Over 50 people attended and a good time was had by all!  Thanks to the Wine Circle for its support and for a donation of £50 for our work.

Churches Together in East Grinstead held its AGM on Tuesday 27 February at St Luke's Community Centre and welcomed activist, Fairtrade jeweller and author of Making Trouble, Greg Valerio MBE, to speak about Fairtrade Gold. Greg has spent years tirelessly fighting for justice for small scale gold miners who work in dangerous and unhealthy working conditions for very little reward. Thanks to him there are are Fairtrade gold certified mines in Columbia, Uganda and Peru. There is a list of Fairtrade jewellers on the Fairtrade Foundation website, www.fairtrade.org.uk as well as short films.  Church Ministers have been encouraged to tell couples about Fairtrade gold rings during marriage preparation and local jewellers are to be circulated with information.

Thanks to funds raised at the Fairtrade Charity Quiz and meal at Taranaa, Lingfield, on Monday 16 January Fairtrade EG was able to give BALA Fairtrade footballs made in Pakistan to all the primary schools in EG, including Felbridge School, as well as to Sackville School. Imberhorne School has been purchasing BALA Fairtrade footballs for several years now and it is hoped that the other schools will follow suit: www.balasport.co.uk 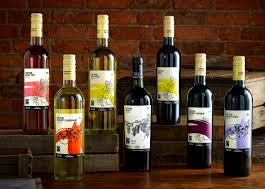 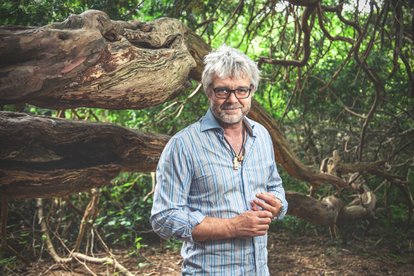 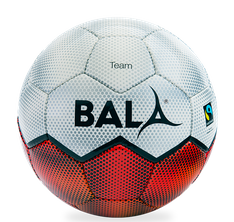