Fairtrade East Grinstead reaffirms its link with the Town Council. 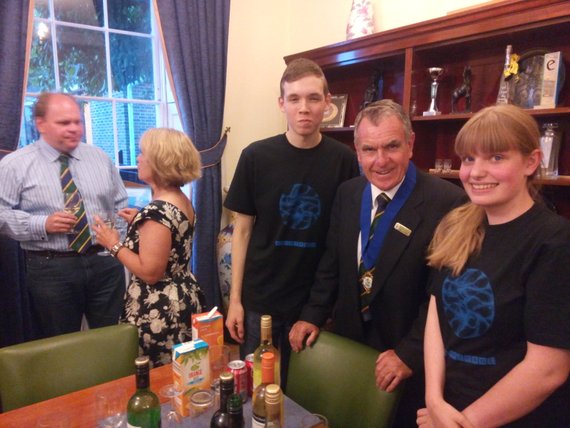 On Monday 6th July 2015, three members of Fairtrade East Grinstead visited the Town Council during their meeting that month. Henry Grub and Lauren Armstrong, of Imberhorne School, and Sue Joy, Convenor, gave a presentation to the Council, explaining what they do, what Fairtrade is and how they promote themselves. Henry and Lauren then spoke about the achievements Imberhorne has gained over the past couple of years.

They then spoke about the future of Fairtrade in East Grinstead and Imberhorne specifically. Afterwards they spoke about potential scenarios leading up to 2016.

The presentation was very well received by the Councillors, all of whom applauded. Henry and Lauren were especially commended for presenting in front of the Council.

Additionally, Mrs Joy added that "there are interesting developments at County level as WSCC is poised to become a Fairtrade County following the lead of Surrey and other towns and cities throughout the country.  This will be a very positive move which will impinge on all local government departments and council offices."